Neither San Francisco nor New York were the original fonts intended for the Mac. Back during the machine's earliest developments alongside the Lisa in the early 1980s, the Cream 12 font face was used.

For more than 15 years, Lucida Grande was the face of macOS. It had been the built-in typeface for the macOS interface until OS X Yosemite was released in 2014. When Yosemite was launched, Lucida Grande was replaced with Helvetica Neue. After more than a year, OS X El Capitan was released and brought with it a new interface using the San Francisco font.

For those sentimental ones who want to bring back the old Mac look or those who want to use the system font they grew familiar with, we have some good news: you can actually switch back to the Lucida Grande font in macOS, using a nifty little tool called macOSLucidaGrande.

This tool was created by a developer named Luming Yin and has the simple function of changing the MacOS Mojave system font from San Francisco to Lucida Grande, which was the default system font for macOS for many years. It also works with the dark mode theme of macOS Mojave, so you don’t have to worry about not being able to use the new feature with this old font.

The macOSLucidaGrande tool, which can be downloaded from Github, can change the system font in Mac without making any modifications to the system files. However, you will need to restart your Mac after the installation of the new font for the changes to take effect.

The app is not perfect, so you can expect to encounter some glitches or a few font quirks in some of the apps and throughout macOS.

And here’s a warning: this tool is certainly not for everyone. If you’re a new Mac user, you won’t be able to appreciate the sentimental value of the Lucida Grande font because you might not be able to differentiate it from San Francisco or other fonts in the first place. But for those who grew up with Lucida Grande, this free tool makes a huge difference.

To avoid any problems during the installation, delete all junk files on your computer first, using an app such as Tweakbit MacRepair. Junk files can sometimes interfere with installation processes and cause failure or corruption. Once you have deleted all trash, you can proceed with the installation of the macOSLucidaGrande app by following the steps below:

After restarting, you will see Lucida Grande as the new system font for windows bars, title bars, menus, and throughout your macOS system.

How to Change Back to Default MacOS Mojave System Font

If you ever change your mind and you want to go back to your Mac’s default system font (San Francisco or Helvetica Neue), you can easily switch between the two fonts, using the same tool.

To switch back to your old font, follow these instructions:

After restart, you should be able to see that the system font has been changed back to your macOS’ default font. 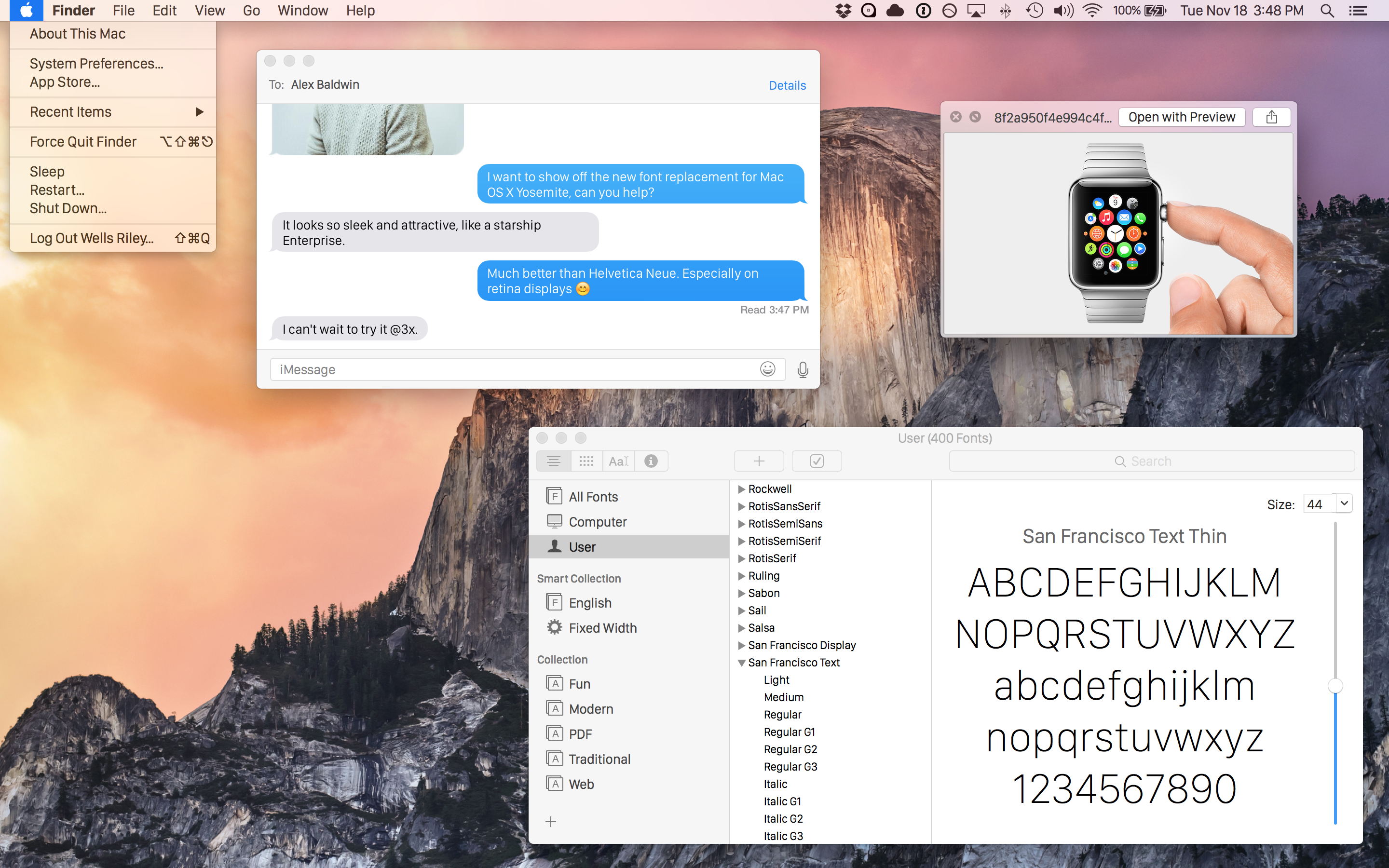 San Francisco is the first in-house font Cupertino has developed in more than 20 years, and it was designed for maximum legibility. It features subtle roundness, clean and compact shapes, as well as ample space between letters. Lucida Grande, on the other hand, has wider spacing or kerning and has wider letters.

The two fonts actually look almost the same, but some users argue that San Francisco looks better in Retina screens compared to Lucida Grande. The great thing about this app is that you can switch back and forth to the font that you like effortlessly. 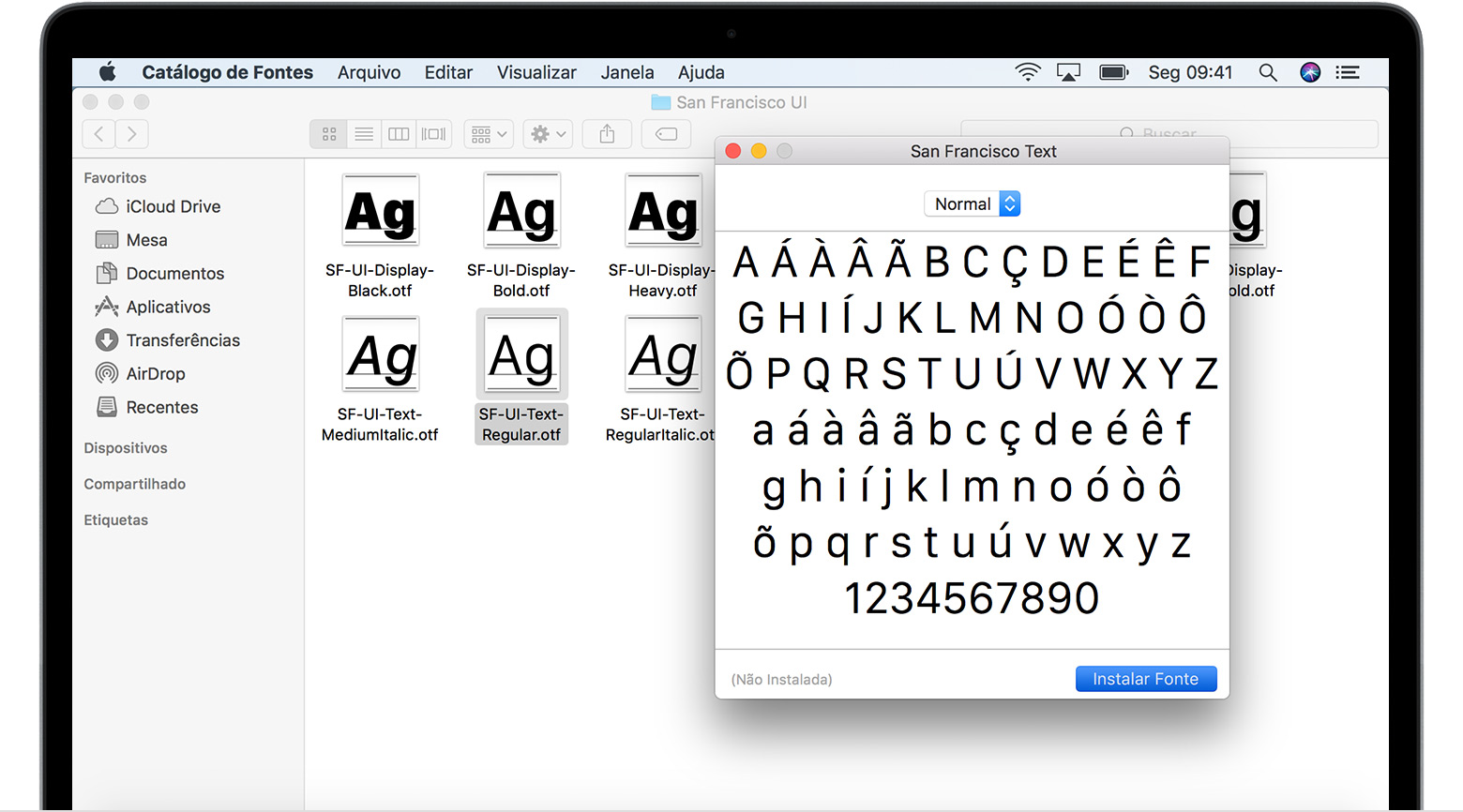 The macOSLucidaGrande utility tool was released just two months ago and is still in the development phase. Luming Yin has identified two known issues when using the app to warn users of possible problems.

The first issue involves truncated text overlapping in web browsers such as Safari and Firefox. Users might notice that some letters, especially the thin ones, may not display correctly on these browsers. This problem is noticed not only on macOS Mojave but on High Sierra, Sierra and El Capitan as well. 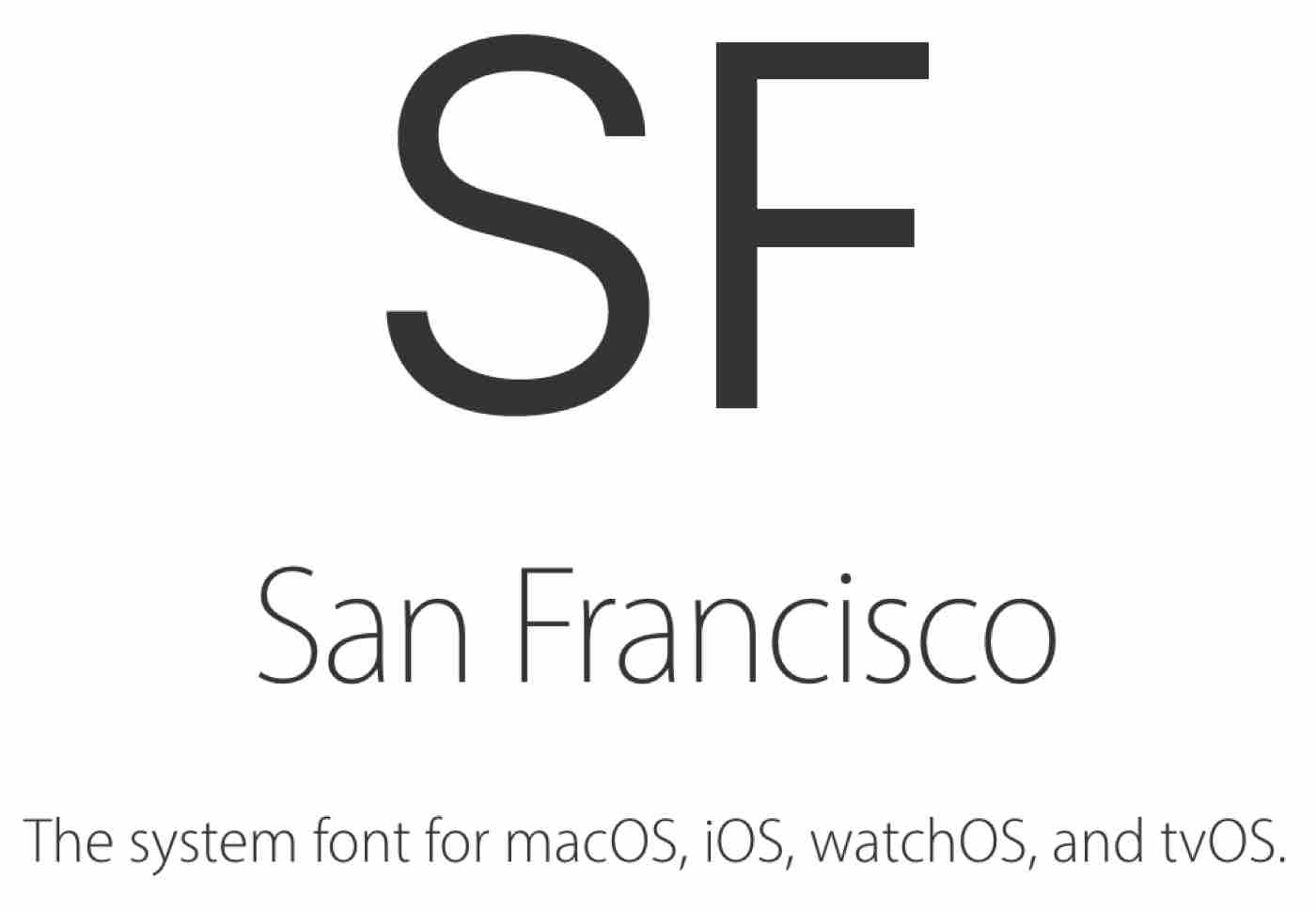 The second issue involves the password input field. Previously, you’ll see * characters when you type in your password. But when you use the app to switch fonts, you’ll only see a blank field even when you enter your password, which makes you think that you have not entered anything at all. Don’t worry because your password is still typed in completely and will be accepted by the system.

San Francisco is a clean and compact font designed for maximum readability, but those who are used to Lucida Grande will definitely appreciate this app. It is easy to install and allows users to easily switch between Lucida Grande and the macOS’ default system font.